COVID-19 Policy/Procedures –
WE ARE OPEN!
Please click here to see our latest news with the ongoing situation.

Meet the experienced and friendly doctors and staff who make North Coast Optical Vision Source the leading provider of vision care products and services in Madison. 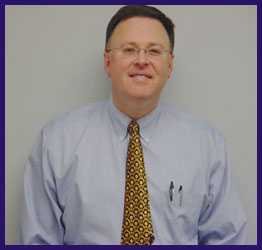 Dr. Mark Bashore is a 1988 graduate of the Ohio State University College of Optometry. He was a commissioned officer in the United States Air force as an optometrist from 1988 – 1991. Dr. Bashore was the head of the optometry V.I.P. clinic in Washington D.C. and named Chief of Optometry at Andrews Air force Base during the Gulf War when he received the Commendation medal for outstanding service as clinic Chief at Malcolm Grow Medical Center, Andrews A.F.B.

In October of 1991, Dr. Bashore joined the team at North Coast Optical as fulltime optometrist with partner Dr. Ronald A. Wheeler and optician Jim Litnar. Dr. Bashore is involved in primary care optometry by providing comprehensive eye exams for eyeglasses, all types of contact lenses, and treatment for eye injuries and diseases. Dr. Bashore was one of the first optometrists in Ohio to be licensed to prescribe medication for eye infections and treat eye injuries. He is also involved in the newest technology and advancements in laser vision correction to help evaluate patients interested in reducing their dependence on glasses and contact lenses.

Dr. Bashore is a resident of Madison with his wife and three children. He and his family are active members of Crossroads Community Church. He is also a member of the Madison Perry Area Chamber of Commerce.

Jim Litnar began his career as a dispensing/fabricating optician in 1966 working for Dr. Myron J. Solwitz O.D in Ohio. After a year with Dr. Solwitz, Jim enlisted in the Navy and continued his optical pursuits by working and training at the Naval Ophthalmic Support and Training Activity facility (N.O.S.T.R.A.) in Williamsburg VA. From 1967 – 1971. Jim worked as a Hospital Corpsman and optical technician. The final two years with the Navy were spent at the Quonset Point Naval Air Station in Rhode Island. Jim was in charge of the eye clinic at Quonset Point Naval Hospital, working with both optometrists and ophthalmologists.

Since leaving the Navy in December of 1971, Jim has worked for several large optical labs including American Optical in Cleveland Ohio. After several years with wholesale optical labs Jim went back to working with the public as a dispensing as well as fabrication optician. Jim is a Ohio licensed optician,

In 1983, after nine years of working for small independent optical companies in northeast Ohio Jim decided it was time to open his own retail optical store. Jim opened North Coast Optical in Madison Ohio in November of 1983.

Jim lived in Madison from 1978 – 1983 when he and his wife and two daughters moved to Saybrook Township where they enjoy a rural settings. Jim’s passions include the family koi pond, and a love for the game of hockey.

You can schedule your next eye exam with us online!